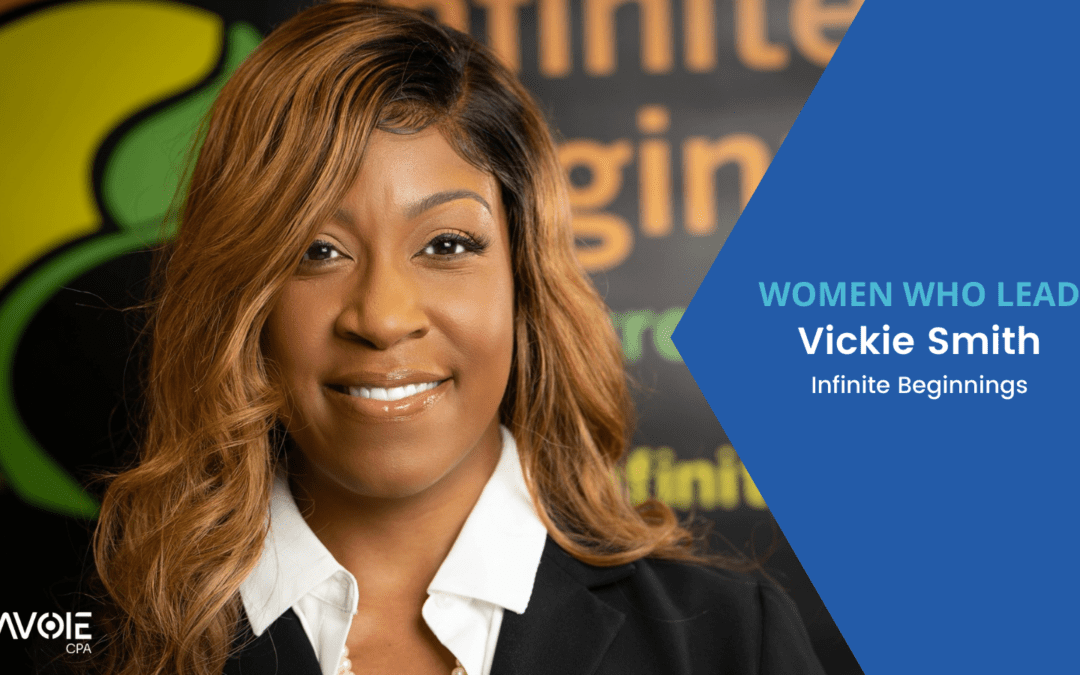 Vickie Smith’s career only truly began when she was fired.

In 2007, Smith was let go from Brookdale Senior Living after advocating for residents whom she felt were being discriminated against. Jaded by for-profit politics and red tape, Smith dove into the nonprofit sector, supporting children and adults with intellectual disabilities at an organization called LIFESPAN.

Smith is now the founder and CEO of Infinite Beginnings, a nonprofit that provides comprehensive progressive health services like psychosocial rehabilitation, “hands-on” assistance for persons with mental illness, medication management, and more.

“The need for compassionate caregivers was my primary motivation,” says Smith. “I felt called to provide something different in the world of mental health and substance use.”

Today, after more than ten years as CEO, we spoke with Smith to see what it takes to provide the Charlotte area with quality care.

Mental health is a taboo in our culture, so what was it like founding a company that centers around something many people don’t even want to talk about?

It was very much a challenge. I literally had nothing. I had no bank loans. The ones that I did apply for, I got denied. I had no investors. I had passion, a good credit score, and people who knew my character and believed in me. I got lots of mentoring from people within my circle, but as far as logistics, I had no funding other than working a full-time job and my own personal lines of credit.

Did you always want to focus your career on mental health?

I’ve always known that I wanted to be in the helping industry. I’ve always been servant-minded. As a child, I wanted to be a doctor, an advocacy lawyer, a teacher — I’ve always wanted to help people. Landing in mental health and substance use was a natural progression from working with adults with intellectual disabilities as well as personal experiences with veterans, substance use, and mental illness.

I knew that to make an impact, I needed to dispel the stigma around mental illness and substance use disorder. So ten years ago, I decided this was what I would really focus on — eradicating the stigma.

What freedoms did opening your own practice afford you? What can you do now, as CEO of Infinite Beginnings, that you couldn’t do working for someone else?

I’ve struggled with red tape and politics. The one and only time I got fired was with Brookdale Senior Living. I’ve always been an advocate, so I was advocating and it went downhill. I wasn’t playing by the rules. That’s how I got into the nonprofit world because the for-profit politics just burned me out.

That was a big motivation for me. I always knew that when I started my own agency — and I’ve always known I would because I come from a family of entrepreneurs — the red tape needed to be eliminated. It gets in the way of providing care. I’ve never been into paperwork. I’ve always been focused on providing the highest level of care to the people I’m serving.

If one of our clients’ lights are off because they may have, truthfully, blown their money on drugs or impulsive spending, I as the CEO can say, “Okay, let’s get the lights back on and get to the root cause of what’s going on.” Drug use is a symptom to mask something, so let’s really focus on why that person feels like they need to use drugs to numb themselves. That’s one of the biggest freedoms — helping people and meeting them where they are.

For many people, getting fired is their worst nightmare. How did you turn that negative experience into motivation?

I believe everyone deserves to be treated with the same dignity and respect, regardless of their financial means. It was a socioeconomic issue at Brookdale. I didn’t feel like the residents were being treated equally. I was loud about it and they didn’t like that. That’s why they fired me.

Today, my organization is primarily funded by Medicaid. What people don’t understand is that someone can qualify for Medicaid because of their mental health status. It’s not about financial means all of the time. We have clientele who come from various backgrounds, not just poverty. But regardless of their socioeconomic status or mental health status, we treat them as people because that’s what people want — to be treated like individuals. There’s no magical formula to what I’m doing. It’s really simple — I just treat others how I’d like to be treated.

What advice do you have for someone who is experiencing an ethical quandary in their workplace?

It starts with your value set. What is your personal “why”? If you’re not clear on what makes you who you are, you’re going to be at the mercy of others. Integrity is my number one core value so I’m not going to allow myself to be in any environment, personally or professionally, that compromises my integrity. That’s always been very clear to me.

So when anybody is in a situation where they feel their values aren’t in sync with the organization, I truthfully tell them they need to leave. They need to reset. It’s not always about financial means. Sometimes it’s about opportunities and finding what your true calling is. That’s why I got fired — our values weren’t in sync. They were financially motivated and I wasn’t.

Financial motivation still isn’t an issue for me. I tell my team, “If you take care of the people, the bottom line will take care of itself.” We’re going to do right by people first. People over paperwork. That’s always something that has motivated me.

You mentioned you always knew you would start your own organization because you come from a family of entrepreneurs. Can you talk about that more?

My mom and dad are both immigrants to the United States. My mom is a citizen now and my dad is deceased. My dad had a third-grade education but he started a business in 1960. My dad wasn’t a man of many words, but I didn’t even know he was functionally illiterate. I always thought he was always wanting me to read things aloud to him because that’s what dads do.

He had a septic tank business and he hired people from all walks of life. If they needed work for the day, he put them to work. He would tell them, “Just show up.” These were people who might have been homeless, might have been struggling with mental illness or substance use. Black or white — it didn’t matter. He gave them work. He required me and my siblings to respect them. The workers were “Mr.” and “Mrs.” Regardless of who they were, we were to treat them with respect.

My dad also taught me about loyalty. He would always go to the same business for everything. Well, one particular business moved 30 minutes away. I was like, “Dad, why are we going all the way up there?” He said, “Stick with the people you know. That’s what relationships are about. You support the people you know.” I always remember that lesson. It’s all about loyalty and respect and building relationships.

How has your father influenced your management style?

At my current company, my employees get paid before I get paid. There have been many days when I don’t get paid. But that’s what you do — you do right by people. My team knows that I’ll give to them before I give to myself. That has created mutual respect and loyalty. They know that they are very important to me and that their families are very important to me. Those principles come from my dad. There were many weeks when there was nothing left over for my family. We had no money. I remember my mom being very upset about that. But my dad always made sure everyone got a little something. He has definitely been my biggest inspiration.

What are some new lessons you are learning today as CEO?

What I’m learning most right now is listening to what God is trying to tell me and how he’s trying to order my next steps. Whenever I’ve needed to make changes, it has boiled down to me being still, being patient, and being obedient. It has worked and that’s what I’m going to continue to do. I’m going to continue to go until God says, “Okay. This is enough.” But he hasn’t said that yet.

Recently, I’ve also been working on being vulnerable. In the business world, we wear this facade of, “Oh, I’m CEO. I’m invincible.” But there’s real value in being able to say, “You know what? I’m human too.”

How do you define success?

Success is defined by what makes a person happy. Whatever makes you happy and fulfilled qualifies you as successful. It’s not about material things or titles. It’s about what fulfills your life. It’s about getting up every day and doing what you’re called to do — that’s success.