Women Who Lead: Minji Ro with Evolution of Sports 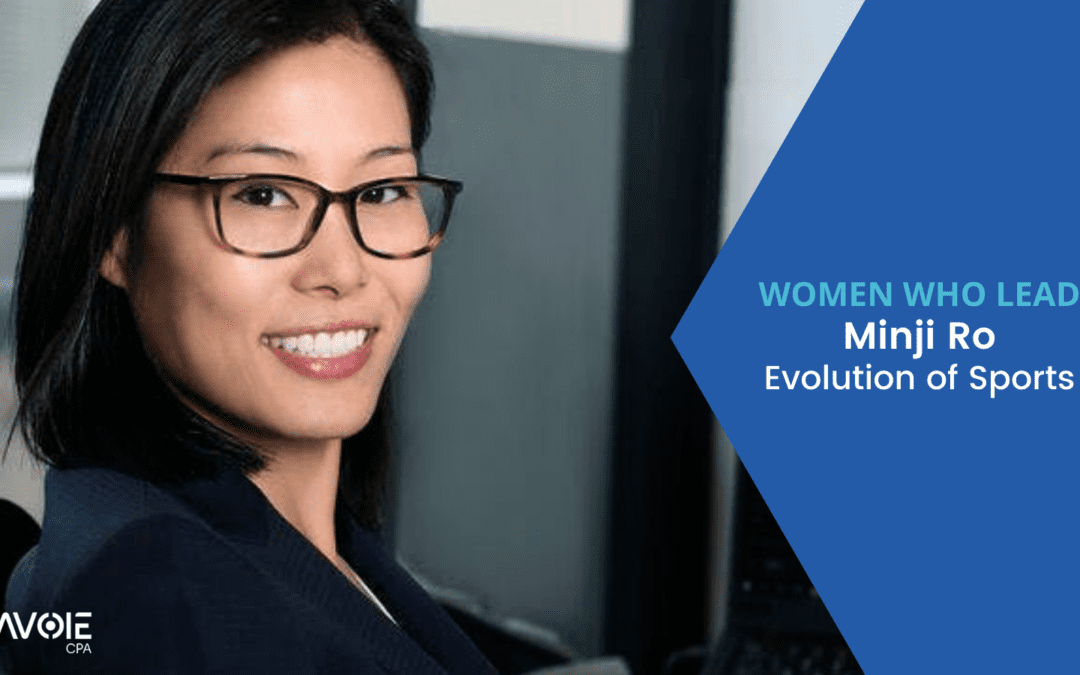 Minji Ro is not who you would expect to see on Wall Street. She’s Asian, gay, and a woman. But she’s never been too interested in maintaining the status quo.

Ro, who studied mathematical methods at Northwestern University, worked in sales and trading for over a decade. She started her career as an analyst at Merrill Lynch in 2006 but left eight months later for a position at Goldman Sachs in part because of the homophobia she encountered.

In the years to come, Ro would focus on helping the underdog— recruiting and mentoring other young professionals who didn’t fit the white, heteronormative mold. In 2016, she partnered with coworker Bill Shelton to provide career coaching to professional athletes who would soon be transitioning out of their sport. The program was so successful that both Ro and Shelton quit their day jobs three years ago to make it a full time endeavor.

Ro is now the Co-Chief Executive Officer of Evolution of Sports, an organization that works to change the future of athletes all around the world. Ro also co-founded Parity, an online marketplace that matches professional women athletes with social media marketing opportunities. Ro took time out of her busy schedule to talk basketball, equity and inclusion, and progressive workplace policies.

You’re an avid basketball player — a four-time rec champion, no less. Have you played basketball your whole life?

Yes! I started playing when I was five. I was never good enough to make a go of it and I didn’t have the financial means to really take it seriously. I was also a huge nerd. But I continued to play in high school and then I played on the club team at Northwestern University. I continued to play as an adult in the New York City Gay Basketball League. I think it’s the greatest sport ever.

Why do you think basketball is the greatest sport ever?

Basketball is nearly non-stop. There’s always something happening and it’s relatively straightforward. You try to get the ball into the hoop — that’s it.

What skills has basketball taught you that you’ve taken off the court and into the office?

There’s a bunch of research that shows how a huge percentage of women CEOs and executive leaders have played sports. So that question is spot-on — there are many parallels between sport and work. Basketball, for instance, is a team sport. There are positions on the court. Every player has a job and every job is different. Being good at basketball can mean a lot of different things. You need somebody who’s very tall. You need somebody who’s dedicated to defense. You need somebody who’s going to be vocal and organize everything. Basketball and work are alike in that you don’t want five of the exact same person on your team. Intelligence comes in a lot of different forms and understanding the ideal mix of people is key.

In NYC Gay Basketball League, you volunteer to be a captain and, if you’re a captain, you draft your team. So on draft day, all the new players come into the gym and run a bunch of drills. All the captains are there watching to see what those players’ different skills and styles are. You can see people’s personalities come through in terms of how they play.

When it was time to draft your team, people had all different strategies. Some people only picked their friends. I took a totally different approach even though it was just rec, because I wanted to win.  So I always tried to draft the best available players who played team basketball.

Circling back to your last answer, you mentioned that women who play sports are more likely to fill senior leadership positions. Why do you think that is?

90 percent of women C-suite execs played sports at some point in their lives and more than half played sports at the college level. As to why, I would say that being on a team and understanding what that means is valuable in most professional settings. If you’re a CEO, by definition, you’re running a company. You’re working with a bunch of different people and trying to figure out how to work towards a shared goal.

Second, you’re always being coached as an athlete. You’re always getting feedback. There’s always somebody telling you how to be better. I think people who can receive feedback and grow from it are probably more likely to succeed anywhere in life.

Lastly, I think women who play sports are likely to have a shared interest with men. Professionally, senior-level roles are still mostly male-dominated so I would imagine playing sports helps women network with men. It gives you something to talk about and makes you approachable. Networking is a big factor in helping people have successful careers.

Tell me about Evolution of Sports. How did that organization start?

I founded Evolution of Sports with my co-CEO. He’s my BFF and we’ve been working together for nearly 15 years now. We were the most unlikely duo, especially in finance. I’m Asian, gay, and kind of irreverent. He’s a 57-year-old giant, black, bald guy. We went against the grain a bit on Wall Street generally because we didn’t look like the typical person you would find working on the trading floor of Goldman Sachs.

He and I have two big things in common. One, we’re both sports nuts. Two, because of what we look like and our backgrounds, we’ve always had this very intense focus on not just perpetuating the status quo. On Wall Street, that involved a lot of recruiting and mentoring. We wanted students to know that people can look different and still be successful. We wanted to make sure that we were constantly bringing in different viewpoints. So that’s what really cemented our professional relationship and then, eventually, our personal relationship.

He and I started Evolution of Sports while we were still working full-time. It was just a passion project that we worked on outside of work hours. At that point, it was a career coaching and mentorship program for professional athletes who can’t be professional athletes forever. He was on the board of USA Track and Field and we both had a ton of experience in resume writing, interviewing, networking — all of those career transition skills.

When we started, it was very manageable. The program just involved ten athletes and we were being paid by USA Track and Field. It went really well and they wanted to increase the program to include 30 or 40 athletes. At that point, we had to decide to either shut down the company because we couldn’t manage it while having a day job or quit our day jobs. That was three years ago.

When it comes to creating an inclusive culture, are there things you can do now that you couldn’t do when you worked on Wall Street?

From a recruiting standpoint, there were a bunch of guidelines and processes in place at the banks. For example, when we were reviewing resumes to fill summer internship slots in finance, there was a recommended GPA cutoff of 3.5. You had to have something really extraordinary if you were below that cutoff. There were also target schools that we were very focused on hiring from.

Now, one of the biggest changes is that we hire whoever we want to hire. Do I really care that you have a college degree? No, not really. Do you have a lower GPA because you had this really cool side project? That’s what I actually care about. The more interesting you are, the more appealing you are to us. At the end of the day, I care that you can do the job effectively, not that you rowed crew at Harvard.

Your hiring approach parallels your drafting approach with the New York City Gay Basketball League — you pick people who will help you win. You’re playing by your own rules.

So besides hiring who you want, what other freedoms does running your own organization afford you?

I have to decide what the thing is going to look like. I’m starting with a blank sheet of paper — a totally blank Google search bar. For instance, I have to decide how often we do a performance review. Well, we actually don’t want to offer performance reviews because we want to be giving feedback all the time. You shouldn’t be waiting every six months to get a sense of if things are going well. You should know every day. That’s a specific example of what we try to do differently.

Obviously, gender equality is also something that’s important to us. So we wrote our parental leave policy from scratch. The finance industry actually has one of the most progressive maternity leave policies but it has a terrible paternity leave policy. What’s typical is four months paid for birthing mothers and two weeks paid for dads. That made no sense because parents are parents. We believe having a kid is a big deal and you should spend a lot of time with your kids, even if you’re not the woman giving birth. We landed at four months paid for moms and then two months for supporting parents and want to extend it as our company grows.

What female athletes inspire you?

There’s a woman on my team at Evolution of Sports and her name is Kara Winger. She’s literally the best javelin thrower our country has ever produced. Kara has been throwing for 14 years and, out of those 14 years, she’s been the national champion eight times. All the other times, she’s either been second or third.

Kara reminds me of this quote that says, “Being great is just being good every day.” I love this quote because a lot of people have a string of amazing days but then they drop off the face of the planet. They’re completely unreliable, but they have these magical moments every once in a while. They draw you in and let you down. Kara is the opposite. Kara is consistent and reliable all the time, which is what makes her excellent.

My other pick, which I’m also certain you’ll never have heard of, is a basketball player named Jasmine Thomas. She’s not a super high-scoring all-star or the face of the WNBA but if you watch her teams and how they play, she’s the glue. She’s the organizer. She’s that quiet consistent force. She shows up the same way every single game. Reliability and consistency are things that are really important to me.

No matter our professional titles, we never stop growing and learning. What’s one skill you’re continuing to hone today?

Compassion for others but also for myself. It’s really hard but it’s something that I need to figure out.