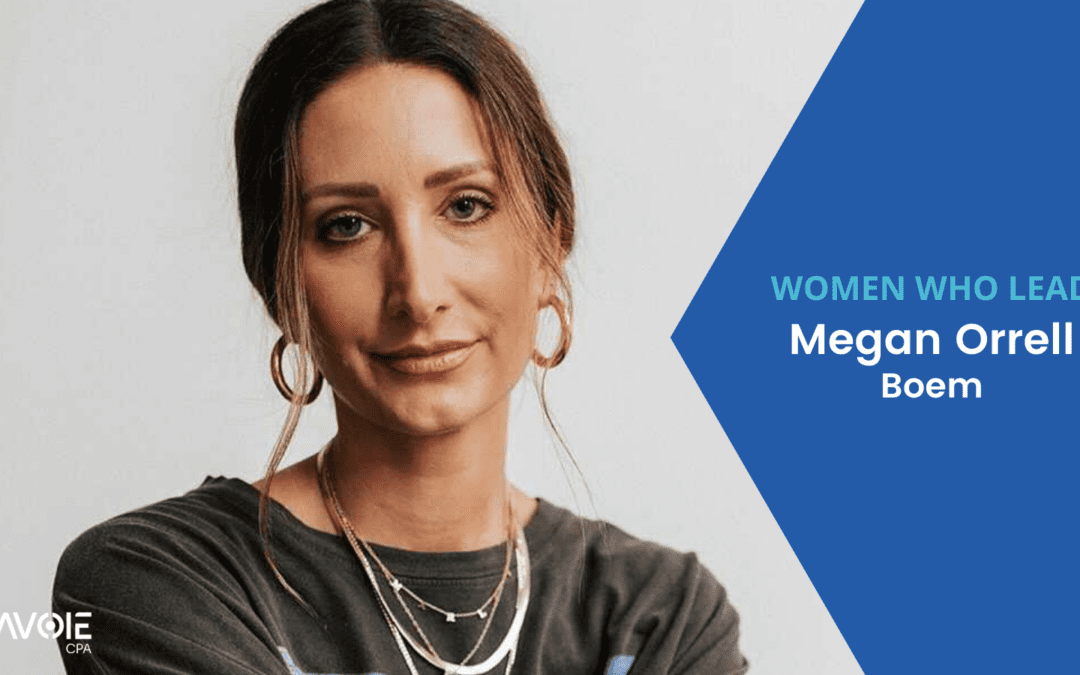 Megan Orrell opened her clothing boutique, Boem, in 2008 — the same year as the recession. She opened her second location in 2020 — the year of the coronavirus pandemic.

“Apparently, I like to open in recessions,” she jokes. But all joking aside, Orrell has built a successful brand that’s continued to thrive.

Ask Orrell and she’ll tell you that the secret to her success isn’t a secret. It’s a simple equation of working hard, being willing to evolve, and never fearing failure. She talked more about these practices in a conversion we had with her.

What year did you open your second store location?

I opened the first location in 2008. Apparently, I like to open in recessions. In 2008, when I opened, I was young and naive and really had no idea how bad the economics were at the time.

But I’ve always said that it just made me a better, smarter business owner. It made me tougher. It made me realize that everything isn’t going to be easy.

My dad is a real estate agent and has always told me “That’s the one thing you can count on — there will be ups and downs.” Some years you make money, some years you might not make money and that’s what you should expect if you’re going to be an entrepreneur.

So when 2020 hit, my reaction was “Well, yea okay, [a down moment] was bound to happen at some point. Maybe not how it happened, but I knew we would have a downturn. I signed the lease [for the second location] in 2019 so I kind of had no choice but to open.

You’ve talked about how thankful you are that you were a little naive when you started your business. Otherwise, you might not have taken the leap. Do you still believe that kind of fearlessness is essential?

I do. I think that if you want to go into business for yourself, you have to take a leap of faith. You have to be fearless in a sense. You have to be unafraid to fail. I’ve done things that haven’t worked out, and I look at those things as the greatest learning opportunities.

What are some other leaps of faith you’ve had to take as an established business woman?

I think people have this idea that you just open [a business] and then that’s it — it’s running and it’s great. I can specifically speak to my industry and say that it is ever-evolving. When I opened my first store, I advertised my grand opening in the newspaper. That is where we were at the time. That is what you did. You would not hear of doing that now.

[In 2008], Instagram wasn’t a business platform. It was just a personal sharing photos platform. So even in the beginning, it was like, “Is [Instagram] a thing businesses should be doing?”

We also launched online in 2015, which was a little late to the game. It was something that I didn’t want to do because it’s like opening a whole new business, but you have to do it.

The biggest takeaway is that things are ever-evolving, especially in fashion, but also in any industry you’re in. And you have to pay attention and keep up.

I think what sets people who don’t ultimately make it apart from successful people is they’re just on autopilot and not willing to evolve. You always have to pay attention, make the changes, and stay on top of it.

One of my favorite things I say is “You don’t have to be the first, you just have to be the best.” I think a lot of people are like, “Oh, well they’re already doing that so I’m not going to do it.” No, just do it and do it better.

You are very self-aware in that you know what you’re good at, you know you’re creative. Did that self-awareness refine itself over time or have you always known what your strengths are?

It’s funny, I was literally thinking about that this morning. It’s something I think about a lot because we are asked as soon as kindergarten what we want to be when we grow up.  I’ve always thought that’s an interesting question. It puts a lot of pressure on a child.

I was not the smartest kid, I got okay grades. And when I was growing up, that was a detriment. It was like [you’re either] book smart or dumb and not going to amount to anything. [It felt like] to be successful, you had to be smart. And I don’t think that true.

I think to be successful you have to be very good at something, and a very hard worker.

Personally, I think the thing that sets me apart and has made me successful over the years is that I’m willing to put in the work. And this ties back to the whole [evolving thing too] and staying on top of things. My brand is creative. That is what I bring to the table.

Where did your worth ethic come from?

My dad has an incredible work ethic. He still works — and he’s almost 80 — by choice. He enjoys working. And he made me get a job at 15. I’ve always had a job, and I think learning that work ethic from an early age and seeing how hard my dad works, and how hard he still works, that is just who I am as a person.

So when people ask how I [started and grew my business], it’s hard work. That’s the bottom line for me.

When moms ask what would [I’d] recommend [for their kids], I’m like “Make your daughter work.”

I feel like a lot of times people see what I do and they say, “I want to do this. I want this life.” And I’m like, “Okay, well, I’ve got to take you back 13 years [to where it started]. Let’s talk about those [years of hard work] first.” It’s a long hard road, you know? It’s not that some people don’t become overnight successes, but for the most part, they don’t. You have to be prepared to put the work in.

What’s next for you and Boem?

Well, for the past year it’s been “How do we survive [the pandemic]?” It [has been] about surviving, not about thriving. But now that we’re coming out of [the pandemic], things are normalizing some. My biggest question now is, “What next?”

I opened one store and, honestly, that’s all I ever wanted. I didn’t have these big grand ideas of opening all over the country. But then [the business] grew and grew — and this is such a lucky problem to have, but it kept growing. The Atherton shopping center came to me [about opening a second location]. And I felt like it was a great idea. So I did it, and here I am: Two stores and a 4,000 square foot warehouse and my question is: Is it more stores?  Growing our online presence? Is it going into a franchising situation? I don’t know that answer, but that’s the biggest question that I have right now.

And I do think that’s an interesting point too with owning a business. I think a lot of people have the perception that we [business owners] know exactly what we’re doing all the time and we’re so lucky and we must be so much smarter or have so many more resources. But I have the same resource that everyone has.