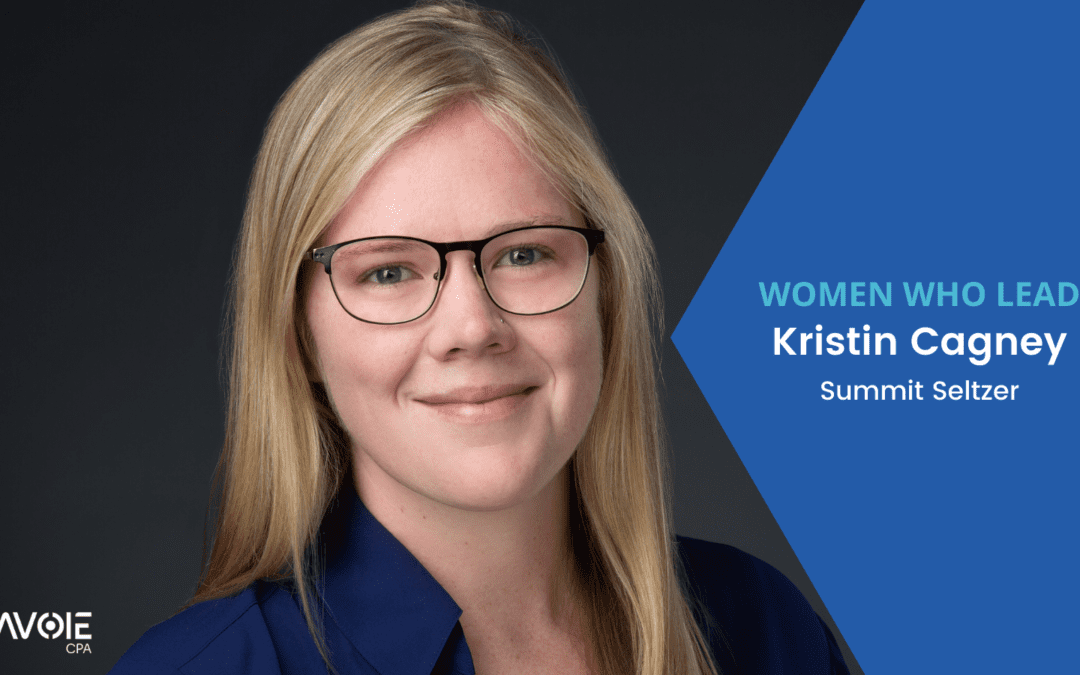 As the owner of Summit Seltzer, the first producer and purveyor of hard seltzers on the East Coast, Cagney is used to hearing the word “no.” When she first sought financial backing for her Wesley Heights seltzery, she was denied by not one bank, but 50.

“I had just turned 27 and never owned a business before. They weren’t taking me entirely seriously,” says Cagney, who drafted her business plan while pursuing her MBA at UNC Charlotte. “But I’m optimistic. I never let ‘no’ get me down. I grew from my mistakes and grew from constructive criticism. I treated everything as a learning opportunity more than a failure.”

Today, a year after Summit Seltzer’s grand opening, we chatted more with Cagney to see what it takes to tap into a niche beverage industry.

Opening a business is hard. No one will deny that. But what was it like to open the first seltzery on the East Coast?

Luckily, I had worked for breweries in the Charlotte market for a while, so I was able to get a foundation of what the seltzery might look like when we opened. The real hurdle was convincing other people that a seltzery was a good idea. Fortunately, one of my MBA classes focused on market research analytics and a team of five of us dedicated the class to researching seltzery sentiments — what people thought about the industry, what they thought about seltzer, and where they thought the future of seltzer might be. I was able to use this research to create a bulletproof business plan and finally convince a bank to fund it.

That was definitely the biggest challenge of wading into an unknown industry, but I had full faith in seltzer as a product. In 2018, when I was drafting the business plan, the market was going toward healthy, low-carb, and gluten-free. And when I worked at breweries, I can’t tell you how many times people asked for something that wasn’t beer. I was on the frontlines and I saw that trend emerging.

My passion for not being in the corporate world came first. After college, I worked in corporate finance until I had a quarter-life crisis and just randomly quit. I didn’t have a plan. That’s kind of my MO. I’m a nomad. I’ve moved probably seven times in the last five years. I’m also a big believer in doing what makes you happy, even if it’s unconventional, and I was not suited for corporate life. I wanted to focus on something I was passionate about and I wanted to give my entire heart to it.

I’ve always worked in restaurants, so when I quit my job I just started bartending again and I realized that bartending is what makes me happy. I loved everyone that I met. I loved the culture. I loved the camaraderie. But I had quite a bit of student loan debt from undergrad that I needed to work off, so I decided to go back to school at UNC Charlotte and get my MBA. I was just like, “Hey, I’m doing something else.” I didn’t know what until I noticed that seltzer was becoming super popular. I joked around for a few months about starting a seltzery until one of my buddies convinced me to write a business plan.

And today, your business is family-owned?

Yes. We’re 100 percent family-owned. My parents and little brother are like my best friends.

How does that influence Summit’s brand and culture?

In a very non-cliche way, we’re not overly concerned with getting rich. Money is not everything. For much of my life, I’ve been bartending because breweries and restaurants are my happy place. But I can’t count the number of times, especially when I was younger, that I wasn’t treated like a human by the owners. A lot of people don’t treat bartenders and servers with respect — it’s a very thankless job.

I wanted to make sure our culture was focused on our employees’ wellbeing and that we felt like a family, which we are. We have the best staff on the planet. We wanted to hyperfocus on that — we didn’t want to just think through a lens of dollars and cents. I wanted to have empathy for our staff.

We also wanted to treat the Charlotte community and all of our customers as family. We’re intentional about creating an inclusive, loving environment

You are a business owner in your late 20s. Do you consider yourself young to be making such waves in the Charlotte business community?

I never really saw my age as a hurdle because when I was 27, originally trying to pitch this business concept, I had been working in restaurants since I was 16. Sure, I was young but I had been familiar with the industry for 11 years. Plus, if anything, my age helped. I was the right demographic for breweries and bars downtown. I got insider information because my friends were all going to these places. I was just surrounded by it.

I do get questioned all the time, “If you don’t mind me asking, how old are you?” I have a baby face and don’t really wear makeup, so I look young. But if you have confidence in yourself and in your skillset, it doesn’t matter how old you are. It’s more of what you do with your time and how you educate yourself in different capacities. There are so many different outlets to learn — from Google Analytics tutorials to videos on coding.

Speaking of learning, since you entered the food and beverage world at 16, you’ve been learning how to navigate this industry. But what is something you are learning right now, a year after the opening of Summit?

There are 1,000 different things I’m learning every day from our software system to tracking our inventory to managing the nuts and bolts of production to knowing where to buy the best produce. I am learning the most random things like that I need to go to Food Lion on Tuesdays and Whole Foods on Thursdays for the best deals. Or that strawberries from U.S. Foods are way too expensive, so I am boycotting those. It’s just the stupidest things. But I am also learning how to manage relationships with sales and how to run a distribution department. We have about 45 accounts right now. Each day is wild.

That sounds like a juggling act. What is your recipe for success?

So is staying optimistic. I look at the positives of everything. A lot of people are like, “Oh man, that sounds really hard.” And they will just stop. But I always know that there are, not necessarily loopholes, but ways around the roadblock. Just because it’s not mainstream, doesn’t mean it’s not possible. You just have to stay optimistic and get creative.

You lived in Colorado previously. Why root your business in Charlotte?

I lived in Colorado for ten years and that is where the Summit brand is from — its foundation is outdoor adventure. And for a long time, I felt drawn to Colorado. I felt like that’s where I belonged because it’s so outdoorsy. It’s a mecca for that stuff. But something kept calling me back to Charlotte. Maybe because Charlotte is probably, hands down, the best city I’ve ever lived in.

People here are so friendly, so nice, and so awesome. People here help each other — there is a sense of camaraderie that just isn’t present in other cities. Asking for help here is okay. So building Charlotte’s culture is really important to us at Summit. Being really proud of Charlotte and where we live is super important to us too.

What does the future hold for you and for Summit?

We actually just ordered more kegs and are tripling our production. By mid-summer, we hope to ramp up distribution. That is the next step. I’d also love to have another location that has more room. We’re tiny right now — we’re only 4,000 square feet. But to get funding, we needed to start small and move forward with organic growth.

Plus, the more space, the more production, the more money you need. I come from a very modest family. We definitely don’t have a ton of money. Unfortunately, when we first opened, that was a common misconception. I read some articles that were like, “Oh my gosh, she must have gotten so much money from her parents.” But that’s not the case.